Everybody knows the United Way, right?

“The United Way is well known but not known well”

How well do people know the United Way? How does it work? Where does my donation go? Why give to the United Way when there are so many other organizations out there doing the same or similar work?

As the number-one funder outside of government for social services, the United Way is charged with the task of raising enough funds to keep providing the services that so many in the community depend on. The United Way is competing with many other organizations for the support of donors.

Add to that donor fatigue and in some cases shrinking budgets, and the challenges of raising funds increases.

Even though the United Way is well known, many people are not aware of how effective the organization is at connecting those in need with the services that can improve their situation.

Though not recognized by some as compelling an organization as many other charities, the United Way is able to make life-changing contributions to the health and wellness of people who would otherwise fall through the cracks or not be able to find the services on their own.

This challenge became the impetus to create a fresh video campaign that could tell the stories of recipients in their own words. It gave the audience a rare inside look at how their donations are working to help actual people and ultimately build a stronger, safer and healthier community.

The video formats chosen were cost-effective and relatively easy for the United Way staff to arrange as they are close to the recipients and know the best stories to share.

The footage was repurposed later in the thank you videos shown to donors at the annual gala.

The United Way creates positive change and improves the lives of 164,000 individuals who are facing challenging circumstances.

It funds an essential network of supportive programs and services to help people of all ages in the community, to achieve lasting, positive change.

“Behind every changed life is someone who made it happen.”

After each interview: “Thank you for being that someone”

“Together, we are possibility”

Find solutions in the challenge. 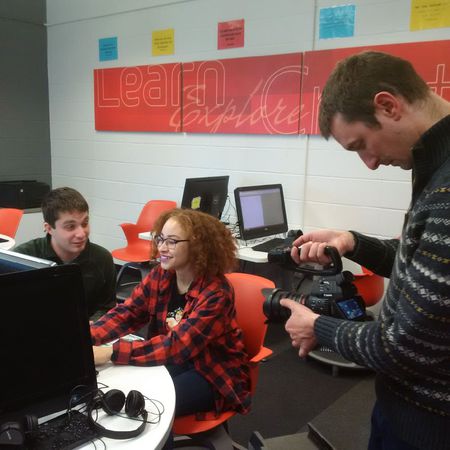